Dave Ganapoler is an experienced local businessman, general contractor and restaurateur.  As the owner of a green design and environmental consultancy firm, Dave is an expert in habitat design and use of sustainable materials. With over 30 years in the field, he now offers advice, pro bono, to help homeowners make eco-friendly choices. He is also a long-time boater, and his sturdy 31-foot trawler was chosen for its sweeping visibility and flybridge that will give our research team a great platform for observing and photographing cetaceans. Dave is passionate about conservation of the world's natural resources and wild habitats, and brings his skills in management and marketing to Golden Gate Cetacean Research.

Marc has studied small cetaceans including harbor porpoises (Gulf of the Farallones) and dusky dolphins (New Zealand), as well as pinnipeds, including Pacific walrus (Alaska) and Northern fur seal (Santa Barbara Channel Islands and St. Paul Island in the Pribilofs).  He has worked as an observer for the National Marine Fisheries Service on cetacean surveys in the Eastern Tropical Pacific, and is the co-author of "Marine Mammals of the World" 2nd Ed. (Academic Press 2015). Contact: marcwebber@sbcglobal.net

Izzy has been studying the harbor porpoise population off the local coast for over 30 years.  His master’s thesis was on “Abundance, Dstribution, and Natural History of Harbor Porpoise in the Gulf of the Farallones.”  He has conducted research on humpback whales in California and Costa Rica, and on bottlenose dolphins in Belize. He has worked as a naturalist for the Oceanic Society since 1982 and teaches classes on marine mammals at San Francisco State University and the California Academy of Sciences. Contact: izzyszczepaniak@gmail.com

Bill's experience includes work as a field observer (vessel-based transects, photo-documentation and data recording) for the harbor porpoise population study in the Gulf of the Farallones National Marine Sanctuary conducted by Cascadia Research Collective from 1987-1989.  He is an environmental lawyer and the former Executive Director of the Marine Mammal Center in Sausalito, California, a facility dedicated to the rehabilitation and release of sick and injured pinnipeds, as well as the rescue of live stranded cetaceans. Contact: bill.keener@comcast.net 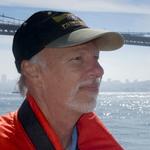 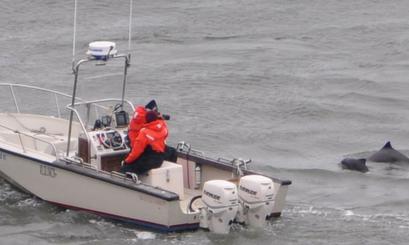 Dr. Markowitz is GGCR’s Research Director, and teaches biology, evolution and ecology at the University of California, Berkeley. He received his doctorate from Texas A&M University, Galveston. His experience with marine mammals ranges from the scientific study of dusky dolphins, sperm whales and fur seals in New Zealand to orca, beluga and humpback whales in Alaska. He is an expert in research protocols for the investigation of marine wildlife, including photo-ID, theodolite tracking and census techniques. Contact: markowitz@berkeley.edu

Flip Nicklin is a world-renowned underwater photographer. For more than 30 years, he has specialized in capturing images of marine mammals, especially cetaceans (whales, dolphins and porpoises) in their natural habitat. His career as a contributing photographer for the National Geographic Society led to 20 magazine articles from 1982 to the present. Having worked closely with top researchers from around the world, in 2001 he co-founded Whale Trust Maui, dedicated to the scientific study and public awareness of whales and their environment. Flip now brings his unique, hands-on knowledge of cetaceans to Golden Gate Cetacean Research.